The Big Apple is not just famous for its hustling and bustling streets full of entertainment, fashion and excitement, but also for the countless gambling options available to the people of New York. At Casinos in US, we have put together all the most appealing gaming facilities, from horse racing establishments to commercial casinos. We would like to invite you to take a look through the list in order to discover the vast world of gambling within New York City.

There are near to 40 casinos throughout New York to choose between, and if you are searching for the the largest of them all then you’ve found it at Seneca Niagara Casino. Seneca Niagara Casino boasts more than 3,000 machines and near to 100 real table games. There are various gaming facilities in New York that offer a sensational experience all round, including amenities such as a pool, spa and hotel. Gambling resorts that offer people from outside of New York the chance to play all their favorite games while enjoying many luxuries is a great idea, meaning that people from states in America that do not allow regulated gaming can come and join all the fun! Now let’s learn a little about the history and evolution of gambling in New York over time…

History of gambling in New York

The history of gambling in New York casinos is so extensive, that a few lines will not do it justice. However, a quick look can give you a short insight none the less. Unregulated gambling has always been something of an item in New York but it wasn’t until the mid twentieth century that the expansion of regulated gambling began to grow alongside a few other states in the country. Lottery was introduced to New York in 1967 and horse racing followed in 1970. Tribal casinos were introduced sometime in the 1900’s and racinos made their way to New York in 2000.

Now you have an idea of the key elements of gambling history in New York, it’s time to take a look at our directory of the best gaming facilities in the area so you can make your perfect decision today!

New York is often considered to be a state that is strictly against gambling. After all, it was the first US state to ban such activity in 1821, with further bans in 1864 and 1894. Despite such actions in the past, it is currently showing signs of progress and is moving towards the direction of liberalization, instead of prohibition.

It was the first gambling activity to be legalized in New York. Just like in other states, betting on horse races can be done via the pari-mutuel system (simulcasts allowed as well) and permitted on the race track. The Aqueduct Race Track in Queens is one of the most active horse racing tracks in the state. Greyhound racing is considered illegal in this state.

Casinos on tribal lands were legalized in New York in 1993 and allowed to operate the top-tier “class 3” games that include table games and slots. This led to the boom in casino building by the Indian tribes and gives New Yorkers the wide choice of casino and poker rooms. Some of the most popular tribal casinos include Akwesasne Mohawk Casino and Seneca Niagara Casino.

They were not allowed in this state till 2013. The fiest licenses were granted in late 2014, and the development of commercial facilities started. So, Montreign Resort and Casino will build a $630 million gaming establishment in Thompson while Rivers Casino and Resort will build a $300 million resort in Schenectady. The legal gambling age in the state is 18 (some Indian casinos have a 21 years policy), there has been talk of raising it to 21.

Bingo, raffle games, Bell jar sales and the conduct of Las Vegas nights are considered legal under the charitable gaming laws. However, the games need to be individually approved before playing. Charitable games in New York are taxed at 3% of net profit.

It is legal but can be playes in tribal casinos. Social poker games are also allowed as long as nobody is making a profit out of them. 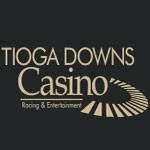 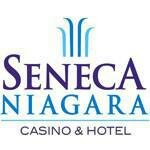 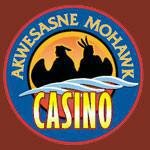 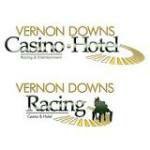 Thank you for subscription!